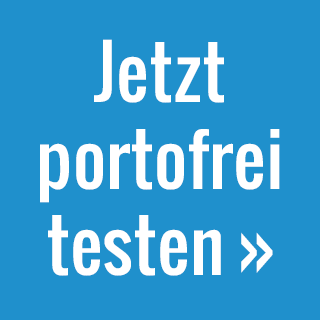 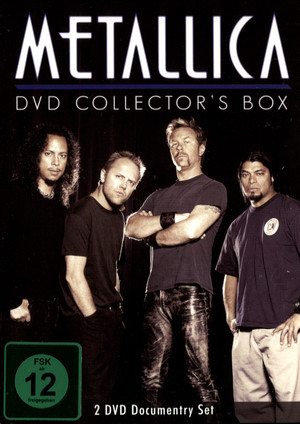 leihen: 3,50 €
Leihpreis für 7 Tage
Format: DVD
alle Preise inkl. MwSt. zzgl. Versand
A full three decades on since they initially exploded on to the American metal scene, Metallica have remained at the forefront of the genre, testament to their pioneering spirit, enormous talent and enduring legacy. This is a band that have consistently pushed the boundaries of innovation, altering the musical landscape on a number of occasions, and not only within their own genre elect, but within the music industry as a whole. With an influence that is undenieable, Metallica have achieved that hallowed combination of commercial and critical success, confirming their standing as the most iconic of metal acts.

"Metallica DVD Collectors Box" is a two disc set celebrating 30 years of the band's superb music. The first dics offers a perfect retrospecitve of their career, starting right back at the beginning of their incredible journey and carrying through to their recent acitivites, packed with interviews, footage, rare archive and contributions from those closest to the group. The second disc considers their beginnings, musical evolution, as well as their impact on the Heavy Metal genre. Both films feature interviews with the band plus the inclusion of other Metal acts who remain influenced by this most prominent of groups.

Inhalt:
"Metallica - Blitzkreig Overdrive"
Metallica have been almost instrumental inmoving the genre of metal forward, and over more than 27 years they have mutated, changed and developed while so many of their contemporaries have remained stuck in the proverbial rut! This documentary film traces the complete history of Metallica, from their earliest incarnation as one of the 'bi 4' of Thrash-Metal, through the tragic death of Cliff Burton in the mid-1980s to the mega-stardom they enjoy today. And with the aid of interviews with band members, friends, colleagues and associates and using archive footage and location material, rare photographs, commentary from the finest metal journalists and a host of other features, gets to the heart of what made this extraordinary group the primal force they have become.
Laufzeit: ca. 60 Min.

"Aurel Amphetamine - Metallica And The Dawn Of Trash"
While Heavy Metal is often accused of being static and conservative, in truth it is a radical from that regularly re-invents itself, and onfe which attracts generation after generation of musicians willing to learn from the past, but hungry to evolve with the future. And so it was that, in the early 1980s, a young man called Lars Ulrich was so taken by the New Wave of Britisch Heavy Metal, then creating music paper headlines in the Uk, that he came to England to track down obscure records, take them home to LA and, with his buddies, listen to them - until they came up with a genre of their own, soon be termed Trash Metal. This film is a study and review of this new dawn in rock music, and with the aid of thos who were there at the time, presents both the story of this fascinating musical journey and reassess the sounds, the bands, the impact and the legacy of Trash.
Laufzeit. ca. 95 Min.
Genre:
Musik, Metal / Heavy Metal
Anbieter:
in-akustik GmbH & Co.KG
Laufzeit:
160 Minuten
Extras:
Technische Infos - siehe Einzelteile
Ländercode:
0
Erschienen am:
09.03.2012
Artikelnummer:
360600
Jetzt in unserer Online Videothek den Film Metallica - Collector's Box [2 DVDs] auf DVD ausleihen.
Diese Artikel könnten Sie auch interessieren   (Filme leihen) 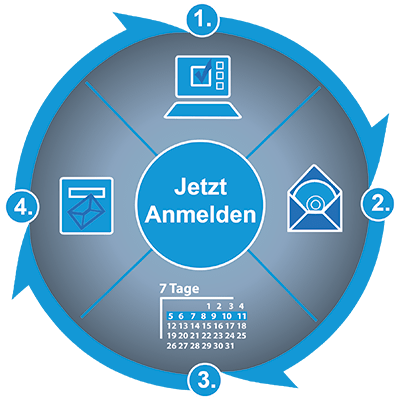